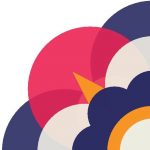 THE Regional Party wants real democracy fit for the 21st Century – meaning an electoral system that accurately reflects the full spectrum of public opinion, enables governments to intervene, offers proportional representation in all elections and gives the vote to everyone aged 16 upwards.

We believe every nation and its regions – through democratic national and local government, and English devolution – has the right and responsibility to protect and enhance the lives of its citizens. This should include minimising risks to ordinary people, tackling market failings and taking the right action when things go wrong.

Responsibility requires democratic government to intervene on social, economic and environmental problems – producing good plans, policies, laws and tax systems – rather than colluding with the causes of problems or stepping back and claiming ‘there is no alternative’.

Governments must be prepared to govern. Since the Brexit referendum, all mainstream UK political parties now say they believe that government (the state) has a duty to intervene – even the Conservatives.  However the devil is in the detail.

Despite talk of mythical ‘free markets’, governments across the world have always intervened in trade and economics – but not always in the interest of the majority of people. So it seems highly unlikely that political parties which have drawn-up and supported damaging policies for decades are going to change their ways in future. Perhaps this is why the Conservative government is so secretive about what trade deals it really wants after Brexit?

At the moment, Westminster’s first-past-the-post electoral system gives disproportionate power to one or two big parties. Other smaller parties, such as UKIP and the Greens, have virtually no representation at Westminster despite gaining significant numbers of votes. This is undemocratic.

Modernising and enhancing our democratic system at all levels is essential if we want to accurately and fairly represent public opinion of all shades.

So the Regional Party wants to: